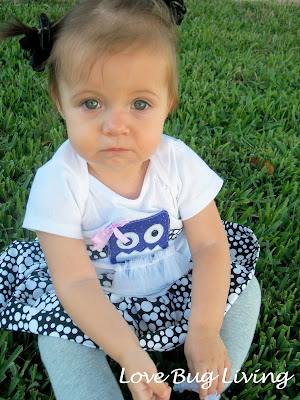 I know I've said it before, but where does the time go?  A year already?  I love watching our Love Bug grow, but I don't want my little baby to get too big too fast.  Since she's been walking, she doesn't want to be held anymore.  She'd much rather be off playing with her big sisters.  It has been so fun to see how she's grown. 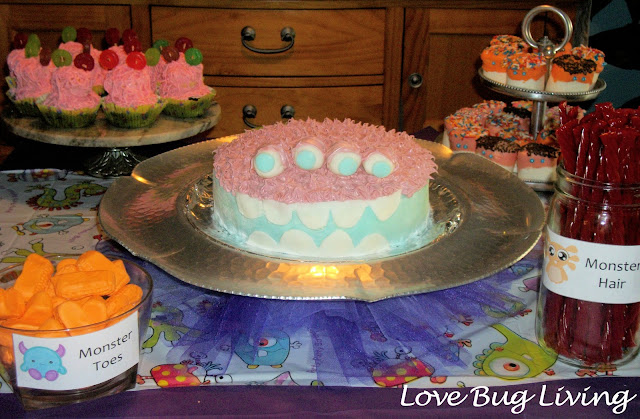 How about some Monster Toes (circus peanuts), Monster Hair (twizzlers), Monster Eyes (M & M's or gumballs) and some Monster Bones (pretzel sticks).  Just found the Sam's sized jar of candy corn I was going to use as Monster Fangs.  Shoot!  Wish I had remembered to put those out.  Now I'm going to have to eat the whole jar myself! 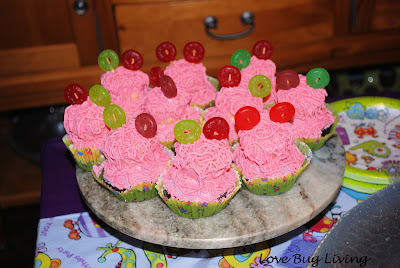 The kids all got their own hairy monster cupcakes.  Stack a mini cupcake on top of a regular cupcake.  Frost them both and then pipe on some crazy monster hair.  Toothpicks keep his chewy lifesaver eyes in place. 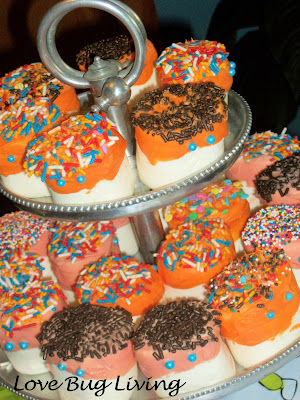 We also served up some marshmallow monsters!  These were giant marshmallows dipped halfway in melted candy melts and then immediately in sprinkles for hair.  Add some round sprinkle eyes and allow to cool. 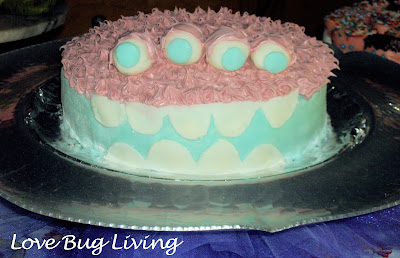 The adults all shared the big monster cake!  Covered in fondant and topped with piped on crazy monster hair.  Who wants a fondant eyeball?! 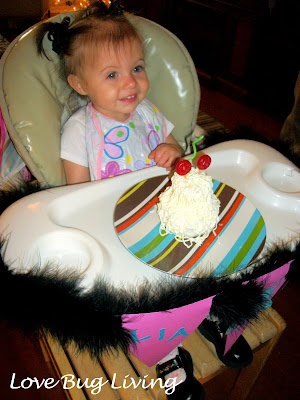 Lia got her own giant cupcake monster!  She liked to hear everyone sing Happy Birthday to her! 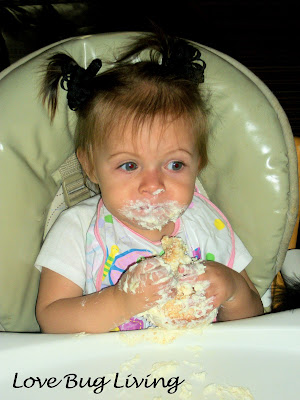 She started off slow but after she realized she could actually eat it, she dug right in!  She was so excited about it, she kind of cuddled it to her. 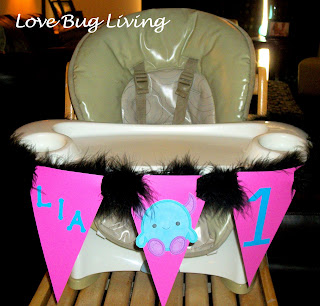 For decorations, I created a high chair banner out of a boa and cardstock.  I cut three triangles and cut two slits near the top corners so I could thread the boa through to hang.  That little monster is so cute, almost as cute as my Sweet Monster! 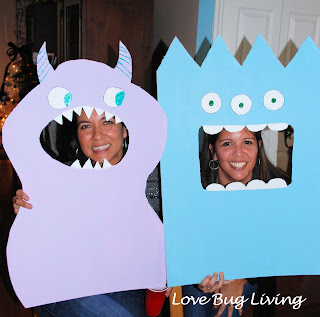 Every party needs some photo props!  I made my monsters out of foam board I found at the dollar store.  Draw your monster outline and cut it out with a razor blade.  After they were painted and dried, I used puffy paint to draw in the eyes. 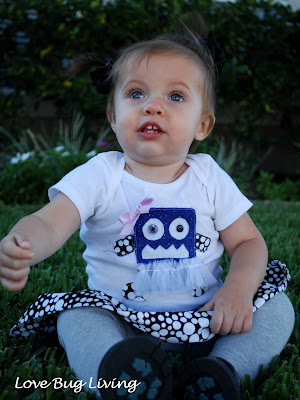 Every party girl needs a new dress!  I had a white baby shirt so I took a piece of fabric 45 in x 10 in.  Folded it in half with wrong sides together to create a piece 45 x 5 in.  If you have a serger, it would be great to serge to finish the edges.  If not, you can do a zig zag stitch along the raw edges.  Then sew a basting stitch along the edge.  Pull one of the threads to gather your material to the right length and sew to the bottom of your shirt.  Design a little monster out of scrap fabric and applique it on.  I added a little bow and a tutu just to make my monster a girl! 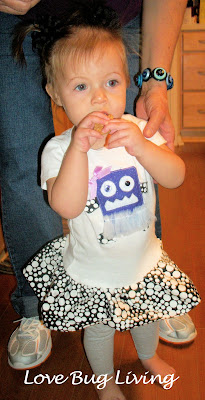 Our Sweet Monster had such a great time at her party!  As soon as everyone left, she was zonked out in bed.  Thanks to all of our family and friends that were able to party with us!