Leprechaun Boot & Hat for your Trap! 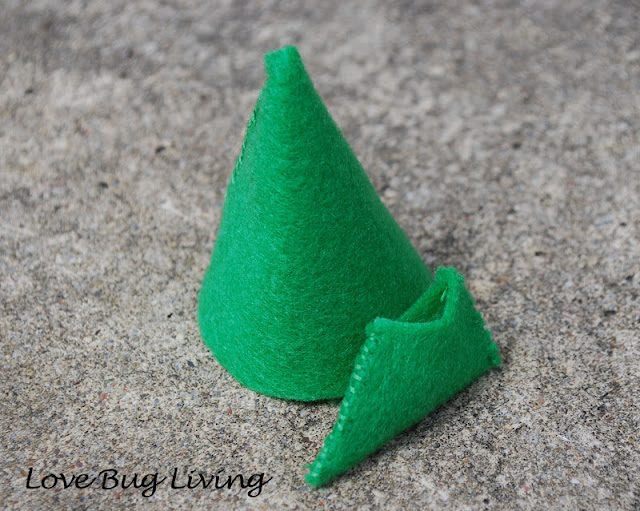 Have you ever caught anything in your Leprechaun Trap?
Every year the girls plan out the trap that they will set out on St. Patrick's Day in order to catch a leprechaun.  It's usually made out of every day items we have around the house, like shoe boxes and construction paper.  Last year we used the plastic containers that you get strawberries in.  Every year they are so optimistic that they will actually catch a leprechaun!  I'm not sure what they are going to do with him once they actually catch him.  Every year they are just a little bit disappointed that the trap is empty.  At least they are quick to start planning for next year's trap.  Building it is always a fun family project.

This year I thought it would be fun for the girls to actually catch something in their trap.  I'm not sure where to find a leprechaun, but I thought it would be cool if he lost a shoe or a hat as he was escaping!  This was an easy project that I put together in just a few minutes.  All you need is a piece of green felt and a needle and thread. 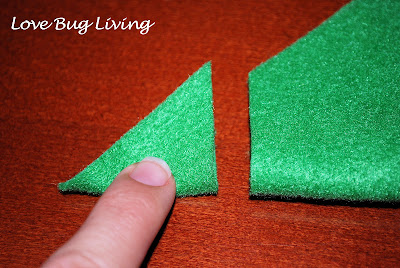 Fold one of your corners of your felt in half at the corner.  About an inch in, cut your corner piece off. 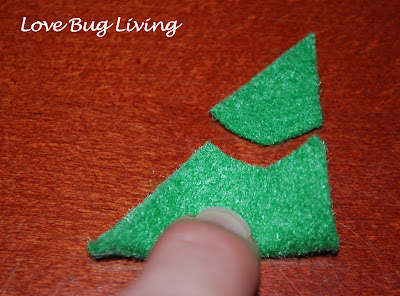 With the piece still folded, cut a notch out of the top to make the ankle part of your shoe. 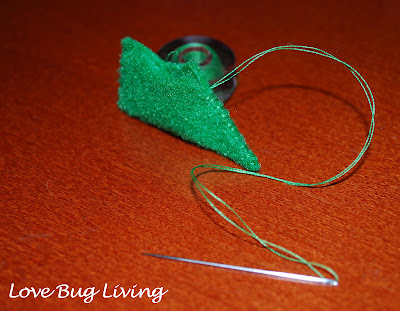 Using your needle and matching thread, sew up the pieces that will make your back heel.  It doesn't matter how neat it is since it was sewn by a leprechaun.  We all know how crazy they can be!  Now sew the pointed toe end up to the top of the shoe.  Make sure to leave an opening at the top for him to put it on his foot.  You should now have a cute little leprechaun boot! 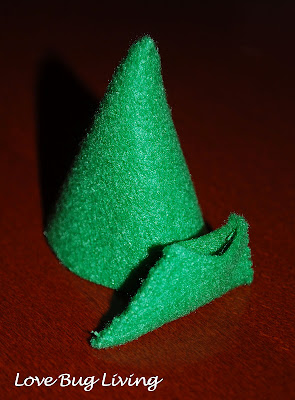 I wanted each of my older two girls to be able to find something that the leprechaun left behind, but I didn't think he would lose both shoes.  So I decided to make a hat! 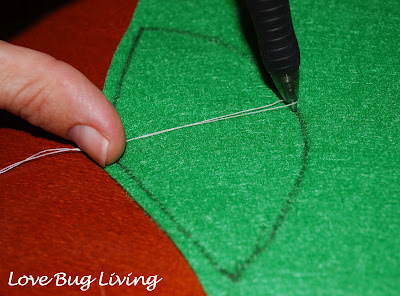 I started by drawing a two inch line on my felt.  I added a second line, forming about a 150 degree angle.  (I totally guessed on that.  I just eyeballed it!)  To make the line that will be the rim of the hat, I used a piece of string.  Hook a loop around your pen or pencil and line it up on the end of one of your lines.  Hold the other end of the string on the center of the angle.  Hold the string in place and draw a line from the end of one line to the end of the other. 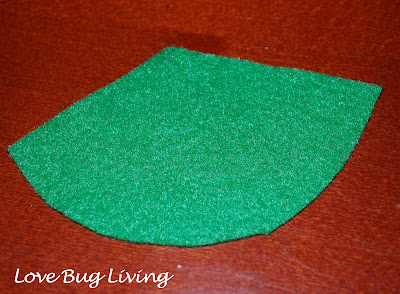 Cut out your hat piece.  It should look pretty similar to mine above. 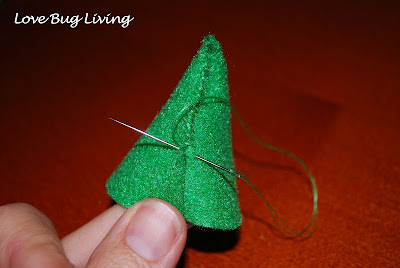 Roll your hat so that the two straight pieces are touching each other.  Using your thread and needle, sew the two edges together.  Tie off your thread.  Quick and simple.

I know the girls are going to be so excited to see that a leprechaun had been in their trap.  He may have gotten away, but not before losing a little souvenir for each of them to keep!  Maybe we'll get him next year! 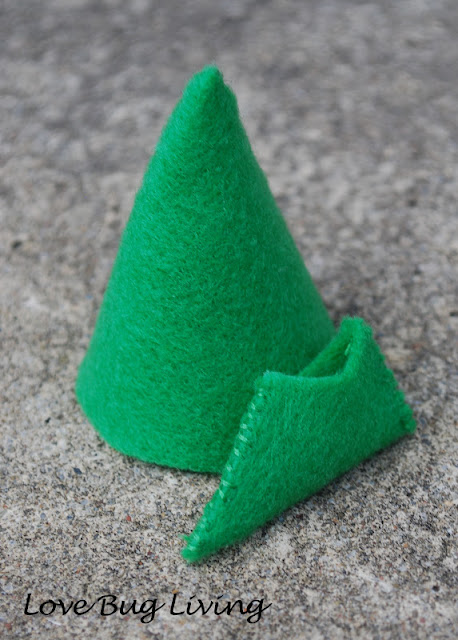