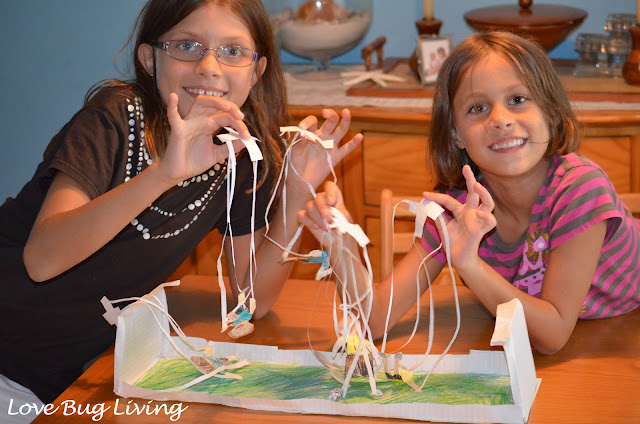 I love how creative my girls are!  They love to make little creations out of just ordinary paper.  My oldest daughter's teacher always said that she could make anything out of paper!  She would spend any free time she had after her classwork was done creating food, toys, and pretty much anything she could think of out of notebook paper.  She has now passed this talent onto her younger sister. 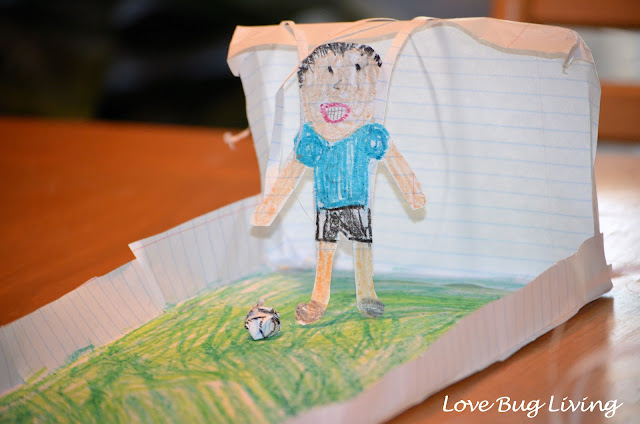 The two spent the other evening making a 'surprise' for Dad!  They decided to make a soccer field along with players all out of paper.  They worked hard creating the field, coloring the grass, creating a small black and white ball, and making sure the goals were just right. 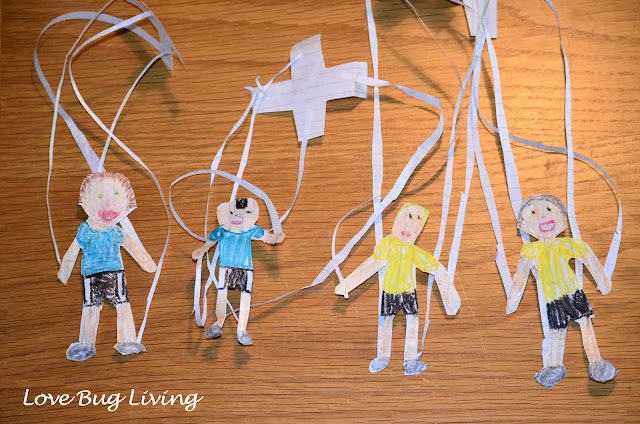 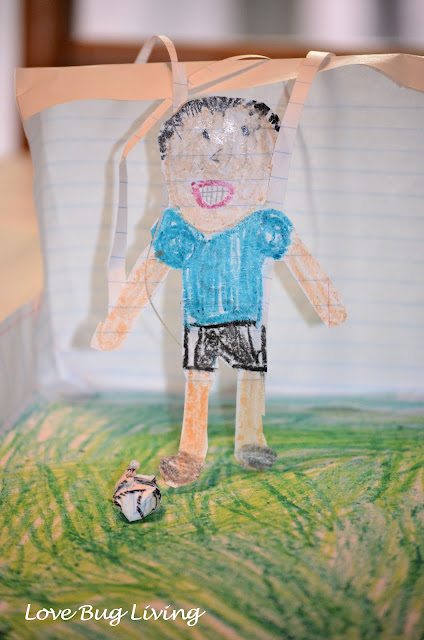 Dad was quite impressed too and had fun playing the game with his girls.  I love their desire to create things.  The next day they were on to making leg casts and binoculars for their American Girl dolls.  I might just have to steal some of their ideas!! 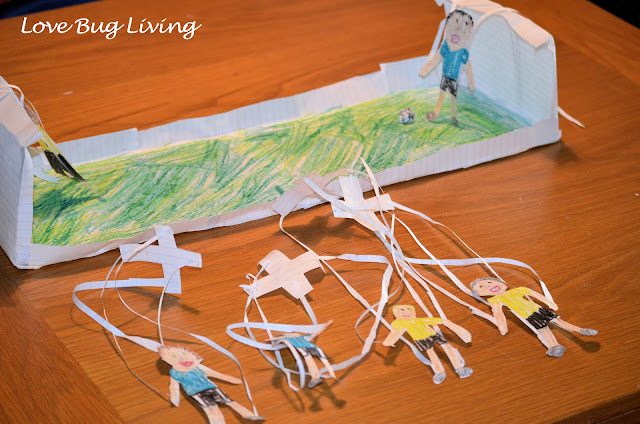