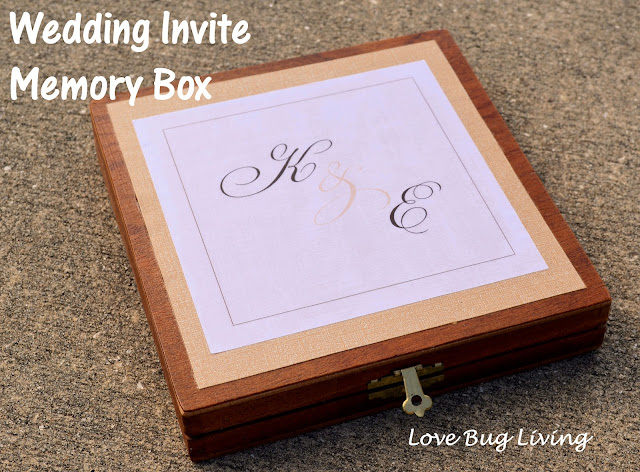 Today I'd like to share with you a gift I created for a friend for her bridal shower.  She is getting married on the tenth anniversary of their first date.  Because it is such a special day, I thought she would love a memento to remember it by, plus it would be fun to incorporate her wedding invitation into the gift as well.  I came up with the idea of a Wedding Invitation Memory Box. 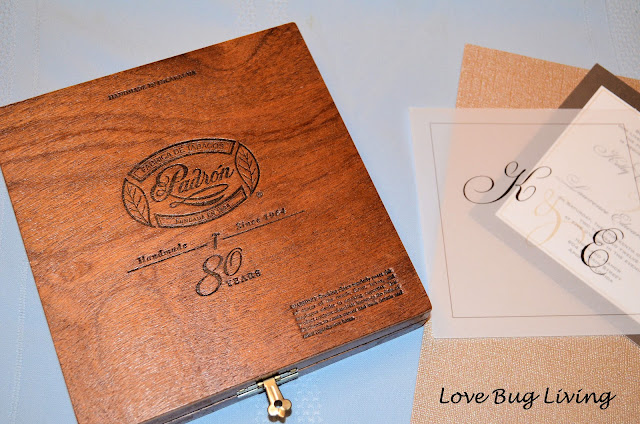 My Dad had a stack of old cigar boxes that he gotten from a friend.  He kept one that he uses for a crayon box for the grand kids and passed the rest on to me for my projects.  If you don't have any old cigar boxes laying around, they do sell them at craft stores.  You could stain or paint the box to match the wedding colors if you buy an unfinished box.

My friend had a beautiful invitation that worked out perfectly for this project.  It was square and fit awesome on my square cigar box.  She had a vellum sheet with the couple's initials on it that came with the invite that I decided to use on the front of the memory box.  You could always use the actual invitation or you could also cut out the bride and groom's initials and use other embellishments as decoration as well. 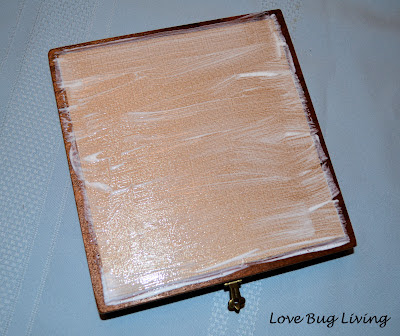 To cover the wording on the top of the box, I chose a textured piece of gold scrapbook paper as my base.  After cutting to fit, I covered the back of the sheet with mod podge with a foam brush.  Center it on your box, smoothing out any bubbles.  After it dries, apply a layer of mod podge on the top of the paper and box.  Don't worry, the glue will dry clear. 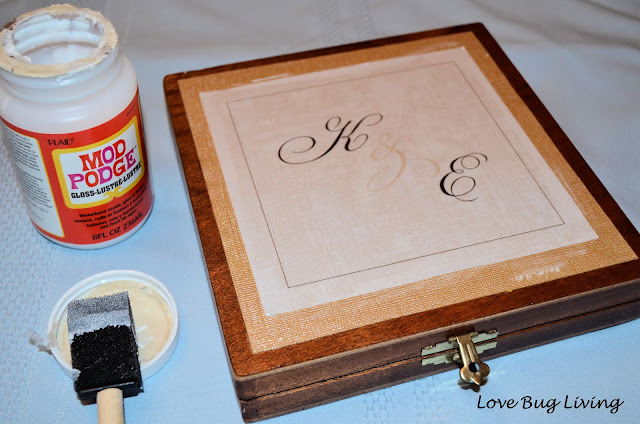 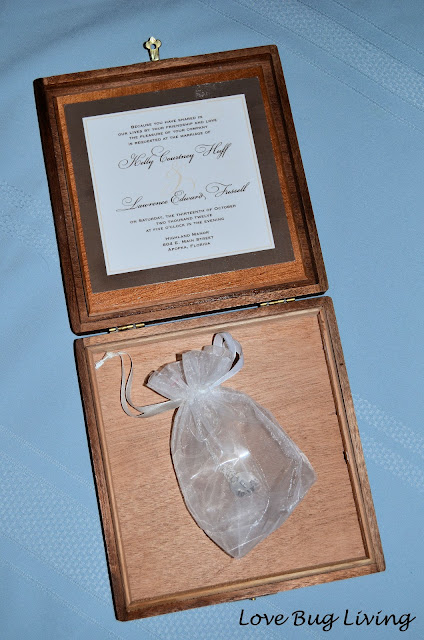 Since I had the initial vellum on the front, I was able to glue the invitation to the inside of the cigar box by repeating the same mod podge process that I used on the front of the box.  If you do attach the invitation to your memory box, remember to take a picture or make a copy of the invite first.  You don't want to get lost or miss the wedding due to the fact that you gave your invitation back! 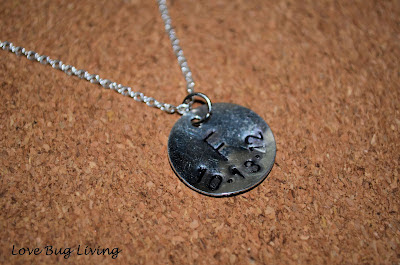 I used the Wedding Memory Box as a gift box to hold the Wedding Date Stamped Necklace that I made for her as well.  The bride loved her gift and I know it meant a lot to her.  You could also fill the box with photos taken from Facebook or her wedding website.  Have them printed by a site like Shutterfly, and fill the box with these memories for her. 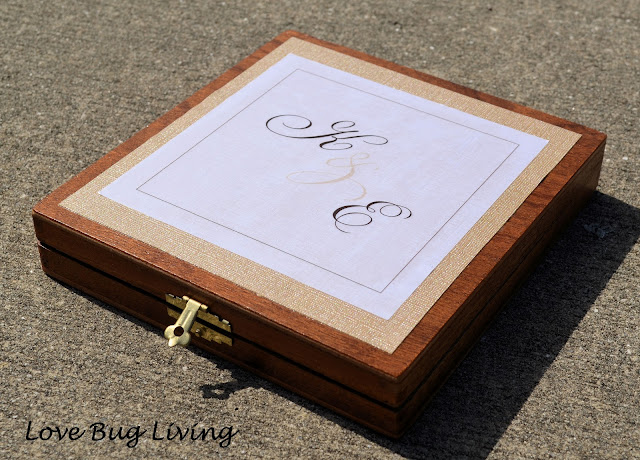 The Wedding Invitation Memory Box is such a fun way for the bride and groom to display their invitation and hold some special memories from that day.  It would be perfect to hold photos or favors such as the couple's printed napkin or matchbook.  I definitely believe that a homemade gift lets that person know just how special they are.

Posted by Melissa @ LoveBugLiving at 10:16 AM