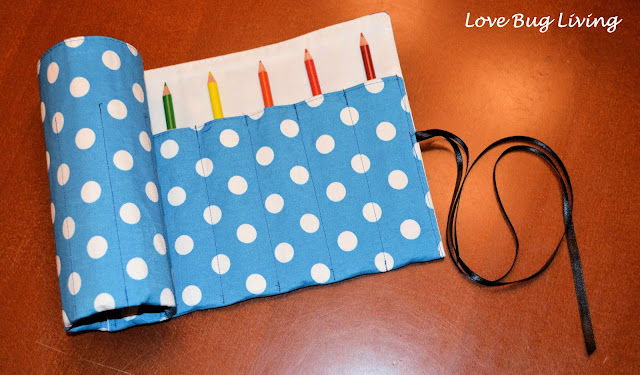 Does anyone else decide to start a birthday gift craft 30 minutes before heading out the door for the party?  I hope not, because it is not a good idea!  That's me though.  My daughter was invited to a birthday party for her friend.  We knew she liked art since they were in the same art club together after school.  Plus the party was going to be at a pot painting studio.  We decided to get her a tote filled with a journal, photo album, and lots of art supplies.  We picked out some crayons with a case to keep them in, a box of markers, and a box of colored pencils.  I liked that the crayons had their own decorative box, but at the last minute I decided that the pencil and marker case were just too boring to send in their cardboard boxes.  I started to raid my craft supplies to see what we could create. 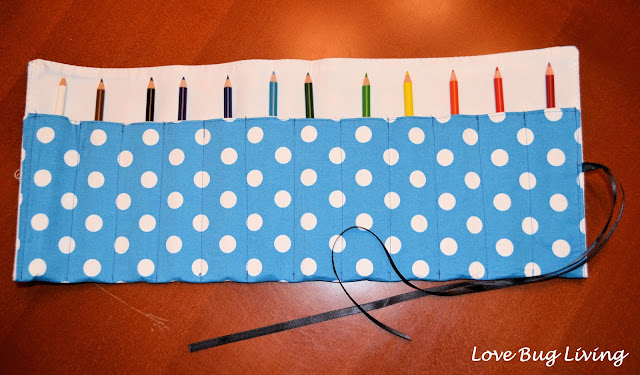 I had created a Vera Bradley Marker Roll Up from a Vera Bradley placemat for a teacher gift in the past.  I had a blue polka dot placemat that I had picked up from the dollar store.  It was perfect to create a roll up for the colored pencils.  Check out my tutorial on how to make this easy roll up.  So cute and easy.  Good thing it was quick too!  Definitely cuter than the cardboard box. 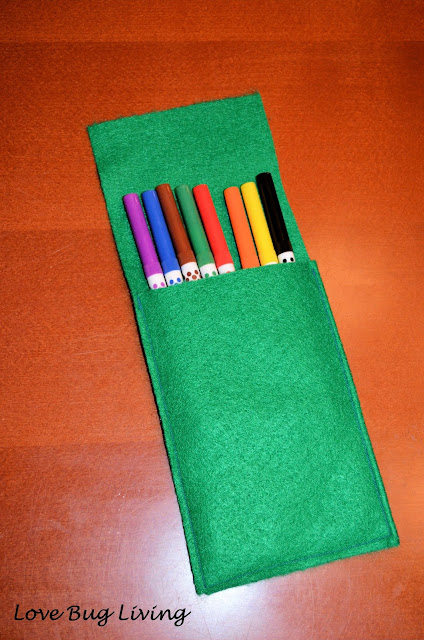 I figured I had about two more minutes until it was time to go, so I had plenty of time to whip up this felt marker holder.  I used two rectangles of felt.  Make your first rectangle shorter than your markers and your second piece the same width, but long enough to fold a flap over the front.  I really wished I had time to sew on a piece of ribbon and a button to create a closure, but we were late enough as it was.  Next time I will be sure to give myself more time and start at least 45 minutes before it's time to go!

Posted by Melissa @ LoveBugLiving at 1:44 PM