Cupcakes in a Jar & Buttercream Frosting 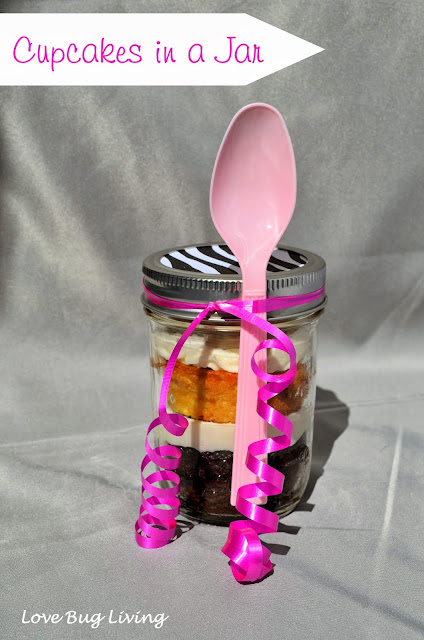 I feel like kind of a sell out.  I have this blog to share all my fun and great ideas for everything crafty.  My daughter's 10th birthday has now come and gone, and what kind of fun and crafty idea did I have for her party?  Anything that can be done anywhere but at my house!  Creative, huh?  The last couple of birthday parties we have planned outside of the house where the kids did activities.  For her 9th birthday, we went to our local skating rink and had a Skating Party.  That was so much fun, her younger sister decided she wanted to have her own skating party complete with Tie Dye Cupcakes.  This year I searched the internet for any ideas of activities the girls would like to do.  After a perfectly timed e-mail coupon, we decided to go with a bounce house party.  It's a win-win situation for us.  The girls love to go out and do stuff they don't normally get to do with their friends and I get to plan a stress-free party and not have to worry about how to entertain these girls and if my house is spotless or not.  I get to concentrate on a couple of fun details and let someone else worry about the rest of it.  I know there would be a ton more ideas to share if we did a full themed party at the house, but with the remodeling we are still working on, I just didn't want to have to deal with that pressure. 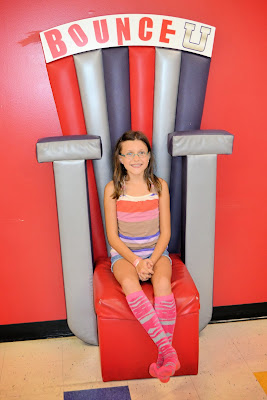 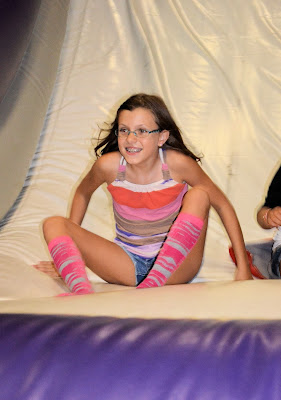 Since we chose the bounce house location, we were limited on what we could bring in.  We could bring in our own favors.  We found everyone some crazy patterned socks from Target that we handed out to all the guests when they arrived.  This was the perfect favor since socks were required for jumping.  Everyone also left with a small drawstring bag of goodies we found at the Target dollar spot.  No outside food or drinks were allowed, but I could bring in my own cake.  That is where I decided to get a little creative.  I knew it would be more difficult to bring in and have to cut a cake, so I wanted to make it a bit more portable.  Cupcakes were my next thought, but I ended up going a step further and made Cupcakes in a Jar.  The jar was a cute way to give each guest their own little cake and make them easy to transport. 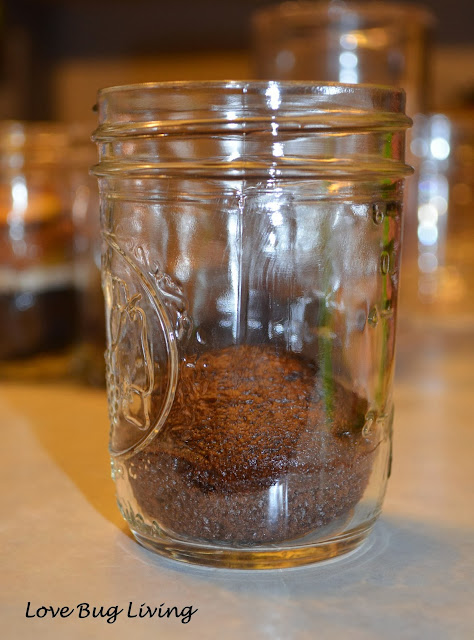 I started by making two batches of cupcakes, chocolate and fudge swirl.  I made them from a box mix and baked them in greased muffin pans with no liners.  Allow them to cool completely.  While you are waiting, you can wash out your glass jars.  I used the 1/2 pint (8 oz) jars from the canning section.  Twelve jars came in a pack for $8 at Walmart.  They were the perfect size for cupcakes. 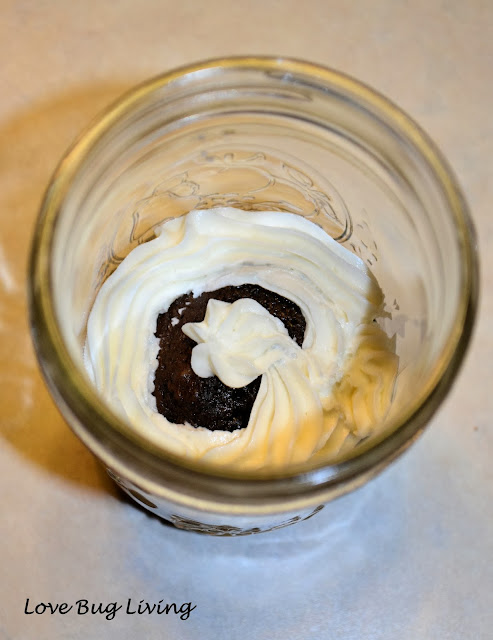 I added the first chocolate cupcake to my jar and then squeezed in frosting with a pastry bag around the outside edge of the cupcake and a bit in the middle to keep the next cupcake in place.  Although my cupcakes were from a mix, I did make the frosting from scratch.  It's pretty quick and tastes so much better than canned. 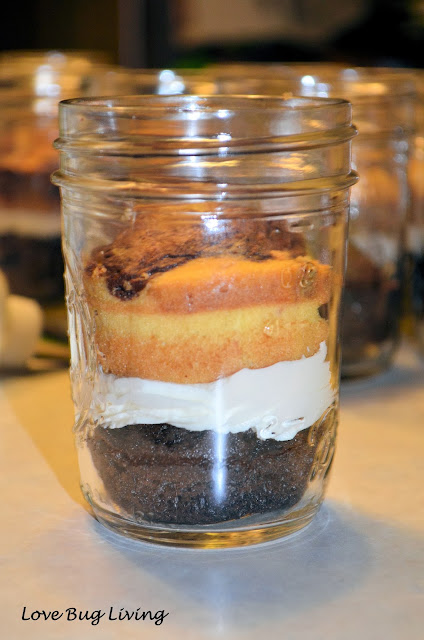 Add your second cupcake and frost the top of it with your pastry bag.  To decorate the top of the lids I cut circles out of scrapbook paper the same size as the metal lid inserts and placed them on top to show through.  I used zebra print paper that matched our party cups and tablecloth perfectly.  A little pink ribbon to tie on the spoons, and the cupcakes were ready to be transported in their jars!  Since the jars came in a box, it was easy just to slip them back in their original box to get them to the party. 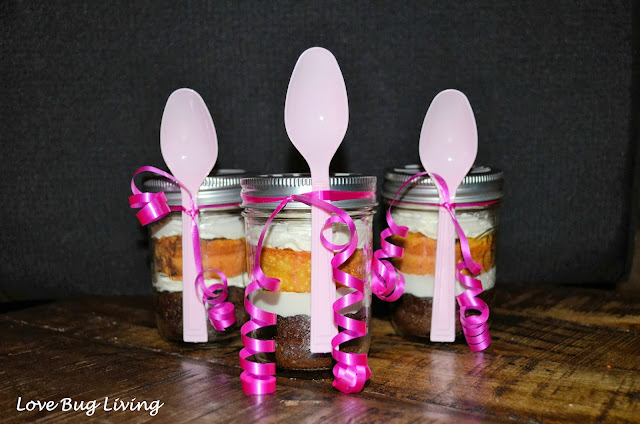 These cupcakes in a jar would be perfect for parties, picnics, tailgating, or even a wedding.  So cute and delicious too!  I think they were a real hit at the party.

Posted by Melissa @ LoveBugLiving at 2:00 AM