With all the buzz of the 2014 World Cup, it seems like I've come across quite a few articles and comments from people saying how hot soccer players are.  Even Shape magazine named their own 50 Sexiest Soccer Players in the World Cup.  All that us soccer girls can say is, "Duh!"  Maybe I didn't realize it when I started playing at 8 years old, but as I played through high school and college, most of my boyfriends were soccer players.  It didn't hurt that we shared a passion.  I continued on to play on a semi-pro team and then in adult and coed leagues, where I met my now husband.  We both still continue to play soccer and hope at least one of our girls will enjoy it as much as we do.  Soccer has gone beyond a sport we play and has formed the community that we are a part of.  Most of our closest friends are people we have met through soccer.  This community of friends has been through a lot over the years.  Sometimes it can feel a bit like high school, but we always have each other's backs.

With this being said, it was such fun to cheer on our US Men's National Team as they do their best to capture the World Cup!  I feel all of us soccer players are part of some huge club that loves to cheer each other on in the sport we love.  It was only fitting that our small soccer community get together to cheer on the most well known members of our club.  It's even more fun to have a local player to cheer on as he makes his World Cup debut.  Graham Zusi's home is only 15 minutes from mine and grew up in this soccer community that I now call home. 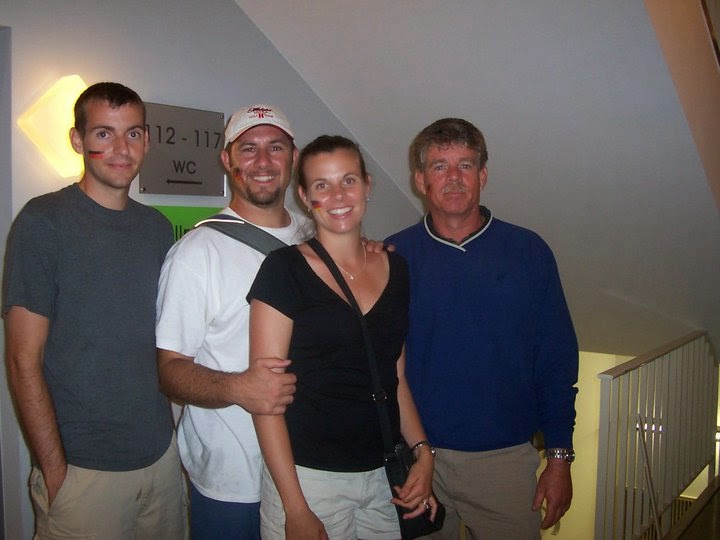 Eight years ago we were lucky enough to win a trip to Berlin, Germany and the World Cup Finals!  We got to spend a couple of days exploring the city, visiting the fan mile and cheering on Germany in the third place match along with the rest of Germany. 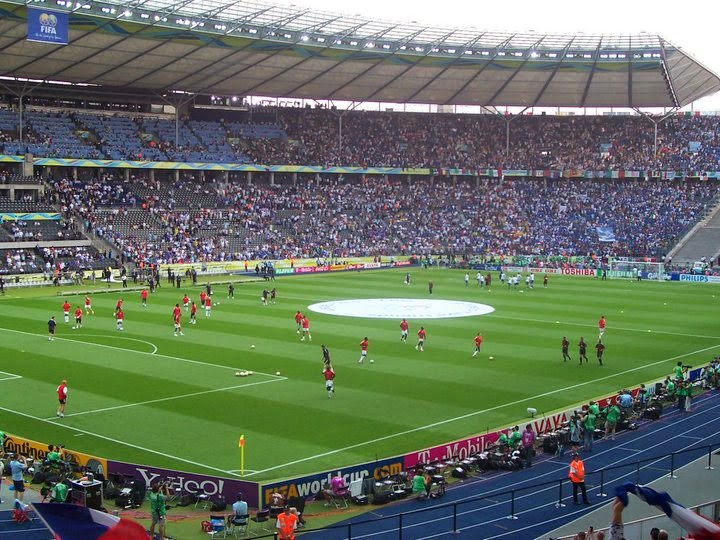 For the final match between France and Italy, we had third row seats to enjoy the game.  The atmosphere was indescribable.  So much passion for the game.  The closest I can compare it to is maybe the Super Bowl, but only if the rest of the world cared about it as much as the US does. 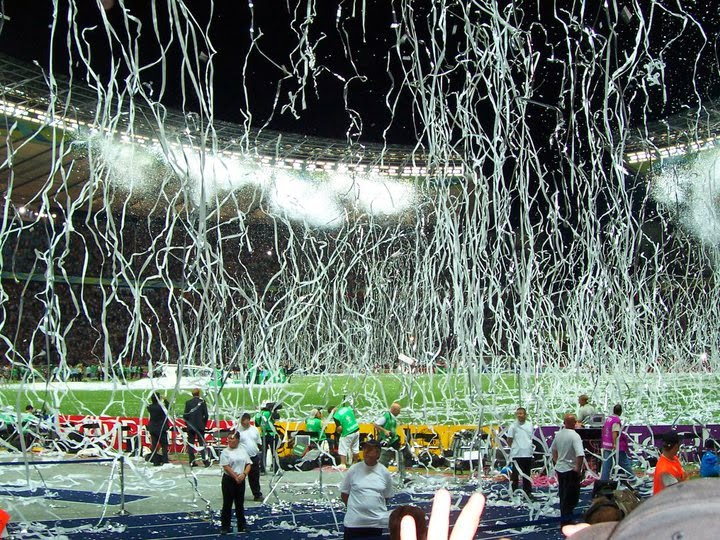 Unfortunately, the US didn't make it out of group play, but we did manage to tie with the eventual World Cup Champions: Italy!  That trip is a once in a lifetime opportunity and one I will never forget.  I'm so glad I got to share it with my hubby, Dad and brother.  Although I do feel bad for one red faced airport security guard when he realized, after questioning me, that the strange object in my suitcase was a breast pump.  I was just as embarrassed, but my travel companions were quite amused!

I hope you will join me and the rest of the world as we cheer for the World Cup.  Some Americans don't appreciate a tight 0-0 game.  They just don't understand the skill and intensity involved in a game like this.  I can say that I'm not a big fan of the flopping and dramatics, but I've seen plenty of basketball players do the same.  No other major sports take the energy and stamina that a game of soccer does.  It can be a physical and demanding sport that can keep the fans on the edge of their seats.  Every one loves a goal, but a true soccer fan can appreciate the excitement of a great shot, a fantastic save, or an incredible move.

The US Men show just how hard they can fight, scoring a late goal to seal the win against Ghana.  Let's hope that injuries don't keep us from playing the game we can as we take on Portugal on Sunday evening.  If we are to move on to the next round, we need a great showing here.  Let's go USA!!