For those of you not in the know, today was Lilly for Target day where the large retailer would be releasing their specially made Lilly Pulitzer items on their website and in stores.  In theory, now some of us regular women would be part of the elite that could actually afford the Lilly Pulitzer brand.  What may be an exciting day for some, was a big disappointment for many others.  Although I did not attempt to shop online until all items were completely sold out, others were stuck in the endless loop of trying to pay for their cart, if they could even get their cart to load.  The website was up and down a number of times with a few making early purchases with leaked links before those loopholes were shut down.


I guess I underestimated the number of people that would be shopping this sale.  Silly me showed up at 8am, when the store opened.  I guess I should have shown up at 6am to stand in line like some of the others.  Who knew it was going to be another Black Friday sale!!  As I was arriving at 8:03am, I saw some women leaving with small bags and others already leaving empty handed.  As I hopelessly entered the store, I saw long lines of women at the dressing rooms waiting to try on their finds.  Others were waiting to take over their castoffs.  Some shoppers had a few items that they had managed to find, while others had carts absolutely overflowing with everything they could stuff in.  One group seemed to have come together, sending a representative to each section of items to collect as much as they could.  Afterwards, they had come together to trade their findings with each other.  Some shoppers were walking around asking others if they were keeping everything in their cart, hoping they were going to put something back.  I could have grabbed a bottle of nail polish, a clear vase, or a string of lights, but I wasn't there just to buy something just for the sake of Lilly. 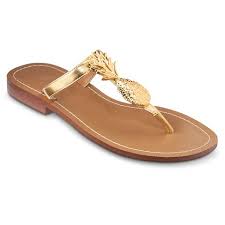 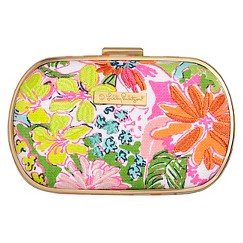 I don't usually buy a ton of brand names, and actually am quite cheap, splurging only on the occasional item.  I love to find a deal.  I was just hoping to find a fun, printed tote or clutch that I could enjoy.  I would have loved to find a pair of fun shorts or some beachy flops.  Unfortunately, everything was gone by 8:05 am.  After talking to a sales associate, it didn't seem likely that they would receive any more stock either.  Now our only option to buy an "affordable" line of Lilly is to go on Ebay where items are already on sale for double or triple what they were sold for online or in store.  How is it that they were already on sale before the website was even supposed to be live?  So disappointing!  I guess it would be more affordable to check the original Lilly Pulitzer line in department stores!  Hope some of you others were able to find a few great things.  If you have any extras, just remember that my birthday is in July!!  ;-)

Posted by Melissa @ LoveBugLiving at 11:26 AM

Email ThisBlogThis!Share to TwitterShare to FacebookShare to Pinterest
Labels: Shopping